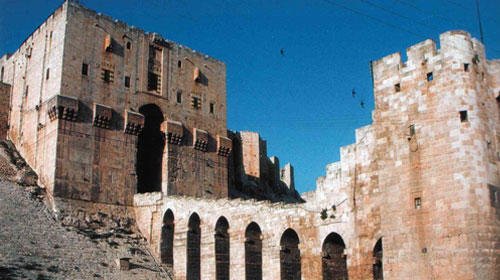 Nature is a beautiful thing, just choose any article on this site and you’ll find countless reasons to back it up. Nature however can be very deadly. With this list we explore the darker side of nature and the tragedy nature has inflicted upon humanity in recent years. The Indian Ocean Earthquake is the second largest earthquake ever recorded measuring at a magnitude of 9.3. This devastating underwater earthquake is believed to have cause the entire planet to vibrate over half an inch! Although the earthquake was very powerful, it was the tsunamis caused by this earthquake that devastated coastal regions and claimed 230, 000 lives. Banqiao Dam was built to handle a flood said to occur “1 in 1000″ years however unluckily China was bombarded by a “1 in 2000″ year floor which drenched China with more than a whole years  rainfall in just 24hrs. As a consequence of the terrible rainfall a total of 64 dams failed and the Banqiao Dam was one of the dams to fail. Where the Banqiao Dam failed a giant wave swept the land covering 6 miles and peaking at heights around 23 feet! This titanic wave traveled at around 30mph and decimated the surrounding area taking 231, 000 lives. The Tangshan Earthquake was absolutely devastating mostly because it hit so close to Tangshan which was a large city with a population over 1 million. The magnitude of the earthquake as recorded at 7.8 and in terms of the loss of human lives the Tangshan Earthquake is one of the worst with 242, 000 lives taken. Chinese officials were scrutinized at the time for not preparing for the possibility of an earthquake. Although technically a natural disaster the Kaifeng Flood was actually a military effort. Kaifeng which is located in the Henan province was flooded by the Ming army with water from the Yellow River. This was done to prevent the rebel Li Zicheng taking over Kaifeng and halved the population from 600, 000 to around 300, 000 through the initial flooding and post flood famine.

Although not the actual cyclone, the picture above shows the power of a cyclone when unleashed in the natural world. The India Cyclone occurred out a sea and although cyclones themselves are immensely dangerous, it was the tidal wave caused by this particular cyclone that as responsible for taking over 300, 000 lives. The tidal wave completely destroyed the harbor city of Coringa taking with it around 20, 000 ships. The morning of January 23rd, 1556. Around 860, 000 lives were taken in the most devastating earthquake of all time which affected 97 countries and completely annihilated a 520 mile wide area. Looking back, the Shaanxi Earthquake is believed to have had a magnitude of around 8 however the massive loss of life is thought to have occurred because most of the local residences were built into artificial cave systems – almost all of which collapsed. The Bhola Cyclone is the name given to a cyclone that decimated Bangladesh in 1970 taking with it 500, 000 lives, thus making it the most deadly cyclone ever recorded. The loss of human lives didn’t stop after this however and its believed that the number may have as much as doubled in the months following the cyclone due to disease and starvation. Officials were criticized by the Pakistani government and media around the world for their poor aid efforts. The Yellow River has been mentioned previously for its devastating floods and it will certainly be mentioned again. This particular flood claimed 500, 000 lives outright and it is estimated that another 2 million people were left homeless with most succumbing to the elements and starvation due to the overwhelming destruction. The flood covered 50, 000 square miles and destroyed a missive amount of crops and residences. Although dikes were in place to protect from inevitable flooding from the yellow river, exceptional rainfall at the time proved too much to contain. The flood of 1931 is without a doubt the worst flood to have occurred in recent year and is often thought to be the worlds worst natural disastrous. The flood swept the flatland’s taking with it up to 4 million lives and destroying farmland, houses -literally everything in its way. The flood itself was not directly responsible for the estimated number o death as famine, disease and droughts caused by the flooding contributed to the total.

Hopefully we won’t have any natural disasters making it onto this list ever again, however disasters will strike and the best we can do is be prepared! The Yellow river is without a doubt one of the most deadly rivers in the word and a sour reminder of the power of nature.